CANTICUM SCHOLARE is a professional a cappella ensemble based in New York City specializing in vocal music of the Renaissance and Baroque eras. Founded in 2012, the group is cooperative composed of talented artists that possess extensive vocal performance experience in ancient polyphony. Canticum Scholare's mission is to promote and increase public appreciation for early music.

What the Press says about Canticum Scholare 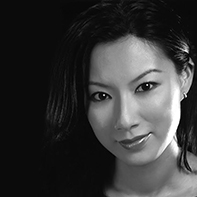 JIN KRISTA KANG, Artistic Director, Conductor and Co-Founder of Canticum Scholare, has led a number of dynamic choral programs at various academic and parochial institutions in New York City, including programs with the Choir at New York University Holy Trinity Chapel, the Concordia College Preparatory Division Choir in Bronxville, Children's Aid Society Chorus, the YWCA Community Choir, and the Art Song Society of New York. She holds degrees in Organ and Harpsichord Performance with honors from the Manhattan School of Music and Anton Bruckner University of Performing Arts in Linz, Austria, where she was a full merit scholarship and Most Outstanding Performer Award recipient. Jin Krista has also studied choral conducting under Dennis Keene, and Bart Folse, a former Associate Conductor of the Singapore Symphony Orchestra. She has received numerous awards and scholarships, including a second place award at the Brunnenthal International Early Music Competition for Soloists, directed by Ton Koopman of The Amsterdam Baroque Orchestra. 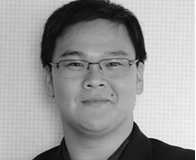 TOM JIM SOLON, Tenor and Co-Founder of Canticum Scholare, received his Bachelor of Music degree in Vocal Performance from the Manhattan School of Music where he studied voice with the late Theodore Puffer who was the founder and artistic director of the Nevada Opera. Tom has performed with various prestigious choral programs in New York City, including the role of Ariel in Hayden's The Creation at Columbia University in 2003 under the direction of Gail Archer. Prior to St. Joseph's, Tom appeared as a soloist and section leader for choral programs and concert series at St. Vincent Ferrer, All Saints Church in New York City, First Unitarian Church of Brooklyn, and St. Barnabas Episcopal Church in Brooklyn. The passion for early music and singing choral music drew Tom to collaborate with his long time colleague, Jin Krista Kang, in establishing Canticum Scholare. 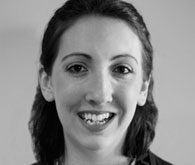 SARAH MOGA, Mezzo-Soprano, is an experienced ensemble singer and liturgical musician. She has been a member of the Church of St. Joseph in Greenwich Village choir since 2013. She has previously sung with St. Stephen Martyr Catholic Church and Temple Sinai Synagogue in Washington, DC, as well as the George Washington University Singers and Chamber Choir. She holds a Master's Degree in History from New York University and a Bachelor's Degree in History and German Language and Literature from George Washington University. This is her third season with Canticum Scholare. 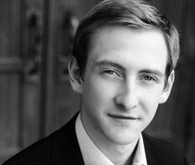 NATHAN RIEHL, Tenor, is a professional choir member of St. Joseph's Church in Greenwich Village in New York City. He has performed at the Bard College music festival, with the Mineola Choral Society, and with the professional ensemble Salvatones. In addition, he performs regularly with a local rock group, Shotgun Curly. He is also in the band, Sun Thief based in Brooklyn, New York. Nathan earned the Bachelor's degree in Biology at the University of Richmond. A lover of early music from a young age, he is thrilled to be performing with Canticum Scholare for his second season. 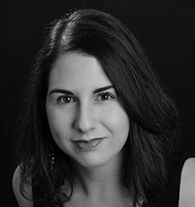 CLAIRE RAPHAELSON Soprano, a professional choir member of St. Joseph's Church in Greenwich Village is a native New Yorker and an active recitalist and, soloist with wide-ranging musical pursuits. Praised for her "stylistically nuanced performances," and "charming sense of chutzpah,"(Boston Musical Intelligencer) Claire performs frequently throughout New York and New England. She has appeared as a guest artist at the 2013 New Brunswick Early Music Festival, and as a semi-finalist in the Concours International de Chant Baroque de Froville in France, the Canticum Gaudium competition in Poland, the Oratorio Society of New York Competition, and Classical Singer Competition. She received her MM in Historical Performance from Longy School of Music and her BM in Vocal Performance from the Chicago College of Performing Arts at Roosevelt University, and has recently joined the professional octet of Christ & Saint Stephens in NY. 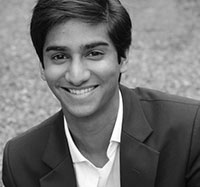 MICHAEL MALIAKEL, Baritone, is quickly gaining recognition for his refined singing in repertoire spanning opera, art song, and musical theater. He was praised by the Baltimore Sun for his “smooth singing” as De Brétigny in Massenet's Manon with the Peabody Opera Theatre. Other opera credits include Monsieur Presto in Poulenc's Les mamelles de Tirésias, the Shoe Salesman in Argento's Postcard from Morocco, Raimondo in Donizetti's Lucia di Lammermoor, and the baritone in Philip Glass' Hydrogen Jukebox. Michael's concert appearances have included the baritone solos in Handel's Messiah, Vaughan Williams' Five Mystical Songs, Fauré's Requiem, Rossini's Petite messe solennelle, Bach's Magnificat, and Beethoven's Symphony No. 9. Michael recently took first place in the National Music Theater Competition and was a finalist in the Philadelphia Orchestra Albert M. Greenfield Competition. A native of New Jersey, Michael received his earliest vocal training as a treble in the American Boychoir before pursuing a BM from the Peabody Conservatory of the Johns Hopkins University. In addition to his solo pursuits, Michael enjoys teaching voice privately and performing regularly with some of New York City's finest vocal ensembles. 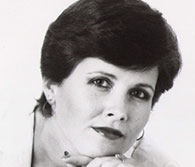 CARLA BOND, Mezzo­Soprano Carla Bond has a Bachelor's Degree in Vocal Performance. She specializes in Early Liturgical Music, and has sung at various churches in Manhattan, including St. Luke in the Fields, St. Bartholomew's, St. Ignatius Loyola, St. Ignatius of Antioch, and St. Vincent­Ferrer. She has also performed with Early Music New York, Parthenia, the New York Choral Artists, and is currently on staff at Congregation Habonim. She has recorded with Vox, CRI, and Prospect Classics. 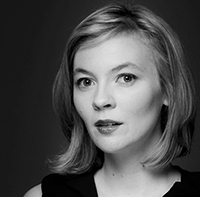 CORRINE BYRNE, Hailed for her "beautiful vocal timbre" (Classical Singer Magazine Competition), "infectious enthusiasm" (Westchester Oratorio Society), and versatility, Corrine Byrne has quickly become a celebrated soprano. In 2013 she sang Gretel in Hansel and Gretel where she was praised for giving a "delightful performance" (BBC Music Magazine). Other recent roles include ensemble/cover for the title role in the North American premiere of Handel's Almira with Boston Early Music Festival, and Anima in Hildegard von Bingen's Ordo Virtutum. She has been a featured soloist with One World Symphony, the Plymouth Philharmonic Orchestra, the Manhattan School of Music Symphony Orchestra and Baroque Orchestra, the REBEL Baroque Ensemble, the University of Massachusetts Amherst Symphony Orchestra, and Route 9 Ensemble. She was a finalist for the 2012 Career Bridges Grant Awards, and a National Online Round winner in the 2013 Classical Singer Magazine Competition. This past summer she joined the Lucerne Festival Academy in Berio's Coro under Sir Simon Rattle. More recently she was "captivating onstage" (Stony Brook Online) performing Cathy in The Last Five Years in a well-received run in New York City and Long Island, and sang with the Tallis Scholars as part of Carnegie Hall's Before Bach concert series. She holds a B.M from the University of Massachusetts at Amherst , an M.M from Manhattan School of Music, and she is currently on scholarship as a doctoral candidate at Stony Brook University. 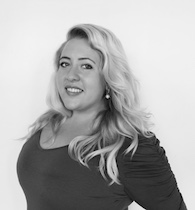 MICHELLE REPELLA, Soprano, is a New York native and an accomplished choral and operatic singer. She is a graduate of Westminster Choir College in Princeton, N.J. and hold a Bachelor's of Music in Education and Voice Performance. She has sung with the New York, Dresden, and Berlin Philharmonics, and has sung the solos of Beethoven's 9th Symphony, Brahms' Requiem, and Mozart's Great Mass in C Minor. Ms. Repella currently sings in the Schola Cantorum at Holy Trinity RC Church in Manhattan, and is a member of the ensemble at Temple Israel in Westport, CT. She has previously sung for St. Bartholomew's, St. Ignatious of Antioch, and St. Mary the Virgin in NYC. She has featured solos on recordings for the GIA, Atlantic Records, and Pro Organo labels. A flexible singer with a large range and a gift for full lyric straight-tone singing, she is as comfortable singing Tallis as she is singing Wagner, and is currently training as a dramatic soprano. She has performed as the Mother in Amahl and the Night Visitors, La Zia Principessa in Suor Angelica, and sang the European premiere as Cecelia March in Little Women in Bruges, Belgium. 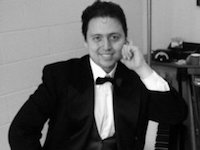 ERIK-PETER MORTENSEN, is a professional Singer, Composer, Orchestrator, Conductor, Producer and Audio Engineer with A B.A. in music from Columbia, and a Master Certificate for Orchestration for Film and TV from Berklee College of Music. His passionate love for Early, Baroque and Classical music inspired him to create Papagena Productions, a company that produces and releases a broad range of old, new and hybrid audio and multimedia projects with a Western music influence. 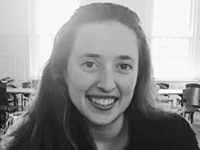 AUDREY FERNANDEZ-FRASER, soprano, is a member of the vocal Schola at St. Agnes’ Church in Manhattan. She has sung as a soloist and chorister throughout New York and New England with early and contemporary music ensembles including the Yale Schola Cantorum under David Hill and Masaaki Suzuki, Canto Armonico under Simon Carrington, and the Harvard University Choral Fellows under Edward Elwyn Jones. She received her Masters of Divinity through the Yale Institute of Sacred Music in 2016 and attended the American Bach Soloists Summer Academy in 2013. A composer and poet, Audrey studied composition and conducting at the European American Musical Alliance in 2010 and 2011. In 2016 she collaborated with Australian artist John Aslanidis in a LAM House premiere of her vocal-instrumental chamber work based on the artist's "Sonic Network 16," at the Ethan Cohen Fine Arts gallery in Chelsea. 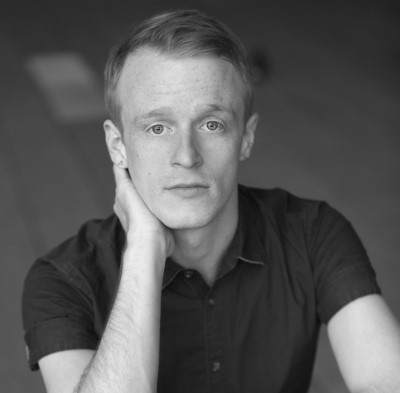 NATHANIEL SULLIVAN, is a musician, theatre artist, and writer devoted to holding space for reflection, understanding, and creative projects that champion change. Recent credits include his Carnegie Hall solo debut in Finzi's Requiem da Camera with the NY Choral Society; the role of Vincent van Gogh in Michael John LaChiusa's The Highest Yellow; and performing with the chamber ensemble CQuartet in the inaugural Leiguarda Music Festival in Asturias, Spain. Awards and recognitions include the Grace B. Jackson Prize for exceptional service at the Tanglewood Music Center (2019), Third Place in the Lyndon Woodside Oratorio Solo Competition (2019), Third Place in the Orpheus Vocal Competition (2019), and First Place in the NATS National Musical Theatre Competition (2018). During the COVID-19 pandemic, Nathaniel conceived and self-produced the Pandemigram Project, raising over $7,500 for 43 different charitable organizations. He received his BM from the University of Nebraska–Lincoln (2014) and his MM from the Bard College Conservatory of Music (2017). Nathaniel looks forward to continued collaborations that make meaningful contributions to his communities. Connect with Nathaniel and read his written reflections at nathanielsullivan.com.